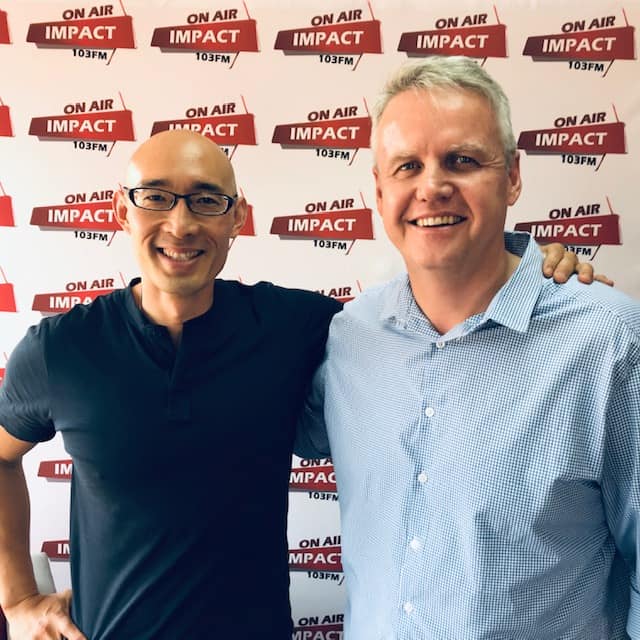 “I knew it in my core that this is what I was called to do, so I needed to see the fight through and battle through uncertainties. In the early days (2003-2005), we battled to get our licence renewed, now we have a permanent licence!” – Peter Roebert

Peter Roebert co-founded Impact Radio 103fm  (a Christian radio station) back in 1995, and his first passion is broadcasting. His second passion is being a commercial pilot. Peter sees similarities between running a business and flying – both need extended planning, preparation, and system and process checks. They both, importantly, also need to be correctly licenced.

Peter believes that Impact Radio 103fm exists to grow people – so much so that the station sometimes takes on people with no experience and trains them. He feels very fulfilled when these inexperienced beginners move on to their stage careers because of the training they’ve received. Peter considers it the ultimate success when the station’s trainees can play a role in impacting the community. Listen to this uplifting interview below:

Exceeding your sales is our business, storytelling is our currency. Flying Kite offers internal company workshops on storytelling, as well as public speaking related to the topic.